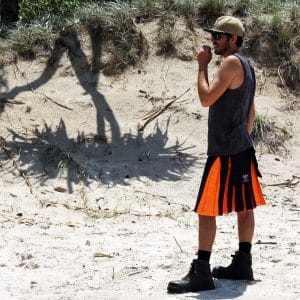 Fire, probably the coolest (ironic choice of words I know) ancient elemental force we have.  One of the most important discoveries that propelled our species to be the top be the dominant species on our planet. If Zeus got pissed with Prometheus for giving us humans fire then that shows you how important it is to our species.

As important as fire is to our development it has two natures it creates and it destroys. Ask that to the untold number of people that has lost people and property in fires of different kinds. And yet there is still this certain appeal that mesmerizes us. The question is why fire is so mesmerising even after all these thousands of years since we have it

Why is Fire still Mesmerising to us?

There have been some suggestions that humans are born with an instinct to learn how to use fire. If we don’t learn how to master it then there will be a lingering attraction to it when we grow up into adults.

Yes, instinctively we DO NOT KNOW how to create or use fire but the need to learn how is. So basically the need to learn isn’t satisfied it will be like a gnawing hunger that doesn’t go away. This means that for those of use in the more developed part of the world where the fire isn’t necessary for survival, the fire would be even more appealing / entertaining but in the less developed parts of the world where you need it for survival then it’s just… Meh.

The idea of a wood-burning stove, campfires, fireplaces in developed countries are part of nostalgia and gives of a sense of comfort. This does not happen when you rely on it for survival.

That said. It would still be wise to teach the basics on how to handle fire so that if and when they need to use it they can keep the fire under control or know what to do if an accident does occur.

Aside from using Fire to cook or warm yourself, there has been a reemerging trend in incorporating fire in performances. While this has been in existence since ancient times from different cultures as well. Performing with fire transcends human history and cultural lines so it’s no wonder that even though it faded from popular culture that it never died out. The sense of awe and danger it gives to both the performer and the audience.

The Basics of Fire Dancing

First of all, what is fire dancing? Like the name implies it’s a form of dance/performance that integrates fire into the act. It usually involves dancing while utilizing various props and instruments that are lit. Sometimes called fire twirling, spinning, manipulation, these dances are usually staged at night or in dimly lit places so that the fire can be clearly seen.  While fire dancing is indeed beautiful it is equally as dangerous especially for the performers and the immediate vicinity. So we’ll be discussing some basic safety tips.