Kilts, Rainbows and the Fight for Equality 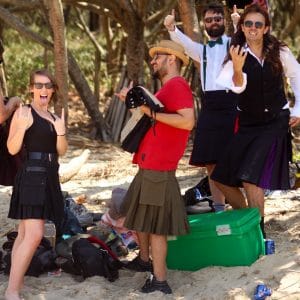 Kilts are a symbol of ultimate security in your masculinity. By wearing a utility kilt, you say, “look at me! Yeah, I am a guy wearing what looks like a skirt and I’m okay with that and you should be too.” All we’re saying is that people already look at us funny and some of them frankly think we’re weird. That’s okay. Because as much scrutiny a utility kilt gets it‘s worth it to inject a bit of positivity in the world.

You might be asking, what’s the point of this article, and what’s the deal with the title? Well, we just felt we needed to air this one out since the past year has been pretty… What’s the word… Frigging, abysmally negative. We’re not one to mince words here but we’ve been seeing hate and discrimination spread like wildfire and we choose to help spread love and positivity instead. So here we go.

Here at Ozkilts we fully support the LGBTQA+ movement.

Now we know this is a very divisive statement to take and we’d like to explain. We like utility kilts, and historically speaking Kilts are a sign of protest, the kilt was a symbol of freedom. Heck, even Mel Gibson (now that I’ve thought about it he’s not the best example of tolerance and accepting people in real life) when he was portraying William Wallace shouted “FREEDOM”. Now, this is what we truly believe in. Freedom and Equality. Aren’t those two things worth fighting for and supporting?

We’re allies. What does being an Ally even mean?

An ally is a person, regardless of gender and sexual orientation that has genuine, real, concern for people that belong to the LGBTQA+ movement. An ally is someone who accepts LGBT people and believes in equal rights and treatment for them. Someone who stands by you even through tough times an ally.

Being an ally is more than just posting supportive messages on social media and attending pride parades. It’s about knowing and understanding what you’re fighting for, on a deeper level. Staying informed of issues, do your research regarding the topics, ask questions on topics you don’t know.

Allies should speak up. Misinformation and derogatory language regarding the movement, unfortunately, is common in our time. Even “jokes” like “that’s so gay” are essentially thinly veiled hate speech. Don’t be afraid to call those out. Take note. Some people might call you terms such as snowflake, SJW, or some more colorful language that can’t be put into words here. With big changes such as the equality of LGBTQA+ in our culture, some pushback is expected. All we can do is pushback with positivity.

The thing with the LGBTQA+ movement is that it’s not just one segment that’s being oppressed, just like a rainbow, it’s a collection of sub-segments, who banded together. Within that collective, each segment can face a different shade of prejudice. From just the denial of their existence to just preconceived ideas about their sexuality. An ally supports equality and fights against all forms of hate and prejudices.

What’s the Big Deal About Equality?

Inequality has been in human history for as long as there have been humans. There has always been an oppressor and an oppressed, a superior and an inferior, this would have been understandable in the dark ages, but not in modern societies.

Equality is vital in society. When there is any form of inequality, progress is hindered. Instead of moving forward, we focus our energies on fighting each other. Equality doesn’t equate to peace. But it puts us all in the same starting off point.

Equality simply means all people are treated equally. Equality means that no one is looked down on, no one is segregated. Since we’re talking about gender. Let’s talk about the equality between men and women (Yeah that’s another thing we need to work on). Take America for example, It’s only been 100 years since women were even allowed to vote. In Saudi Arabia, it was just 2018 when they were allowed to drive without their husbands with them. The progress has been glacier slow, but continuing to fight for equality has seen some sizeable progress in the way of women’s rights.

People should not be living with the fear of getting lesser quality chances due to their family background, sexual orientation, or any other factor. People should be treated with equal respect.

Why is Equality Important?

Equality ensures that there is zero discrimination against anyone. All people will be treated the same way. This results in people in a society can have the freedom to associate with other people, freely, without any bias. This ensures that people will have access to knowledge and activities that can have a positive impact on our society as a whole. Confidence, productivity, and knowledge are only some of the things that will improve when there’s true equality.

A society that has inequality will suffer from numerous negative effects. Why? Because the downtrodden are unhappy and this can lead to feelings of distrust, and even desperation. This leads to higher crime levels, 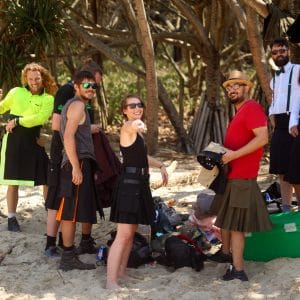 Economic damages and even impacting the health and productivity of those suffering from inequality.

It’s going to be a long fight I got to be honest, to get equality for our LGBTQA+ brethren. The only thing we can do is keep on fighting while gathering more support. To quote the movie Rise of the Planet of the Apes: “Apes Together Strong”. *Realization occurs* It’s not like we’re calling anyone apes. It’s just a reference about unity and that we are that much stronger and can do so much more together.

What we here at Ozkilts wanted to say. If we said anything at all. Is that we fight for freedom and equality as an ally of the LGBTQA+ movement. Just like the rainbow, every color and every hue represents me and you. Let’s all fight for equality so at the end of it all we can share a drink, in harmony, and laugh at what monumental butts we’ve all been as a species.