Fellow Utility Kilt Brands Changing the Look of Being Manly You don’t have to be Scottish to wear a kilt, you only have to be man enough. It’s not only the Scottish who are wearing manly kilts – there are now a lot of men the world over who are now adding kilts to their wardrobe. And there are some who have ditched their pants altogether and opted for wearing kilts.

The good news is, many men are not just wearing kilts as a fashion statement – a lot of men today are wearing them simply because they like them. Those who opt to wear them in particular are men who perform tough and heavy-duty jobs. This is, perhaps, kilts impart on any man the stones who don one, a sense of strengthened manliness. 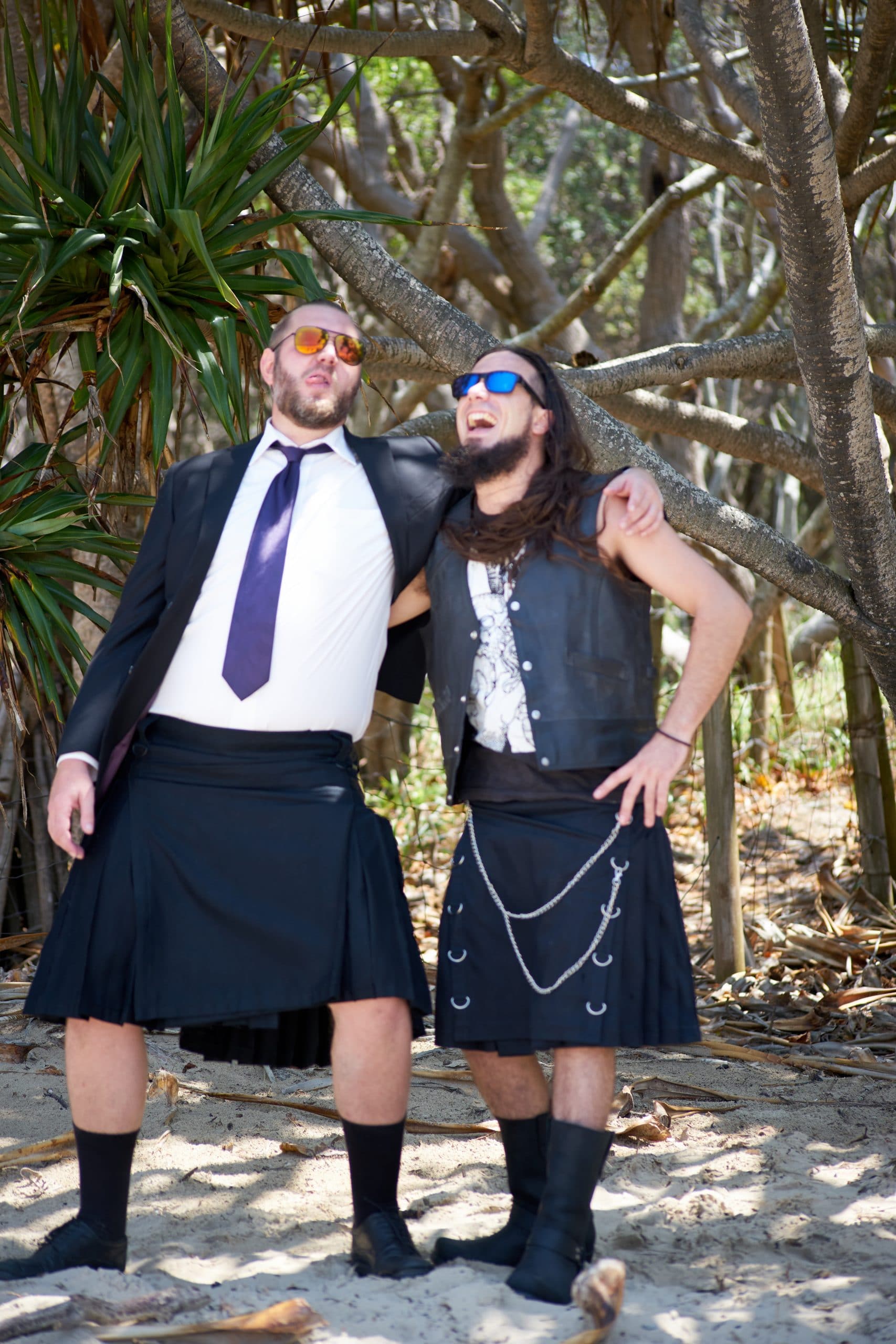 In a study published by the Scottish Medical Journal back in 2013 noted that kilt-wearing men tend to have strong feelings of pride and masculinity. In addition, it further noted that other people, both men and women, tend to easily notice kilt-wearing men wherever they go.

Another study conducted by the Erasmus MC University Medical Centre in Rotterdam, Netherlands found that kilt-wearing was associated with confidence, efficiency, attractiveness, and overall prominent feelings of masculinity.

So if you are still squeamish of wearing kilts, don’t be. Another study noted that wearing kilts, regardless if they being traditional or modern utility kilts, attracts positive attention from other men, and most importantly, from women.

Modern Kilts: The Under View

Back in 2018, Siobhan Mackenzie, a multi-award-winning designer of luxurious and iconic bespoke kilts collaborated with Scottish gin brand, Coarunn. Her design is a strong statement to tackle post-colonial attempts of rebranding heritage clothing.

Since Coarunn is an alcoholic brand, the materials that Mackenzie uses do matter. Alcohol leaves a strong scent on clothes when spilled on. Wool, traditionally used for kilts, is a strong absorbent of this scent.

Other kilt designers, including Ozkilts® use different materials in making kilts. Many modern kilt makers now use premium cotton and incorporate detachable cargo pockets to enhance its function and utility. As for Ozkilts®, we also feature embellishments like chains to give off a more edgy style.

Utility kilts can even come with pockets that can hold just about anything you might need. This includes, but not limited to: small pocket tools, supplies, wallets, and even phones. This is just an example of a perfect blend of fashion functionality and manliness that goes with wearing modern utility kilts.

Even if the Mackenzie design was built for unisex use, there were people online who still made fun of it. The most ignorant do not realise that fit and sizes are the only factors that make a “manly” and “feminine” categories significant. Her unisex design, per se, can both be worn by men and women.

Traditional and heritage clothing pieces have survived extinction, not just because of preservation, but because of the modern designer’s recognition of its significance and importance, and respect for history.

Designers like Mackenzie and others, including our own designers here at Ozkilts® have learned to incorporate the significance of the past and meld it with the present. The result has produced with an adaptation that is not only appropriate, but one that caters to modern consumers’ needs.

Modern designers have managed and found ways to weave the past and present through their designs. The result is not only the preservation of heritage materials but also passing them unto the next generation. It’s only the stigma and ignorance that bars kilt-wearing from moving further forward. And that is one of our goals here at Ozkilts®, to step up to the plate and quash this stigma and ignorance.

The Modern Utility Kilt: Our View

The sudden popularity of modern utility kilts caused the market to be flooded with substandard overseas manufactured utility kilts. These terrible products are so awful that you wouldn’t want to be caught dead wearing one, not even for something mundane such as a costume party.

Out of these frustrations, Ozkilts® was forged. Our founder, Eden Brownlee, worked with fashion designers to create a brand that offers a quality range of products that you can definitely be proud to wear anywhere, and any day. Not only that, we also came up with a smooth ordering process to make your buying process not only fast, but also a fun adventure.

It is our goal to provide our friends, family members, and our customers with quality handmade utility kilts wherever you are in the world. We constantly strive to update on existing patterns, and are always eager to release new styles. And more, we will ship your orders to you, free. YES, FREE SHIPPING FOR EVERY ORDER, you read that correctly.

Not only does wearing kilts make a strong fashion statement, they do serve practical functions as well. There is no reason to be anxious about wearing kilts in public, since they are not only uniquely masculine, they also exude a sense of pride for the one wearing it.

Blue jeans were something American, just as short “Lederhosen” are identified with Germans. In recent years, more and more men, from a lot of countries, are beginning to wear kilts. So, never ever think that you should provide an “excuse” every time you wear kilts. It has to be a conscious decision, a natural thing.

Utility kilts do look more modern and stylish than conventional or traditional kilts. They are designed to give you that cool and stylish feel whenever you wear it. And we make them for 100% cotton, so there’s no need for you to worry about the quality of the materials.

We provide a wide range of modern utility kilts for active men. We and our team at Ozkilts® are proud to say that we are the only company that provide a utility kilt range that are designed by professional workwear designers.